When I first started collecting arcade games and pinball machines, one of the first arcade games I picked up was Tron. I missed out on Tron as a kid – both the game and the movie – but as an adult, I quickly developed a fondness for both. I know a lot of people didn’t like the film’s sequel, but I’m one of those guys who actually prefers it to the original (blasphemy, right?).

When the pinball machine came out, I heard nothing but positive things about it. After finally getting the opportunity to play it, I was floored and had to have one in my collection. This game rocks! It’s lightning-fast, has a great flow, satisfying shots, a terrific light show, and awesome music by Daft Punk. Turn off the lights, crank up the volume, and you’ll feel like you’re right there in “the grid.”

Having never purchased a new-in-box game, and certainly not having the type of money to just buy one on the spot, I created a thread on Pinside that I called my “virtual garage sale.”  I listed everything from arcade games, to gameboys, music gear, guitars, records, some artwork, and even a theremin. If it was collecting dust, I listed it for sale. It took some patience, but it ultimately worked, and I was able to get one of the last NIB Pro models from the original production run.

I enjoy modding games as much as I like playing them, and I certainly haven’t skimped on modding this particular machine. Here’s what’s under the hood: a Color DMD, code-integrated color-changing fiber-optic ramps, Tron Arcade V2 above the scoop, light-up Hallmark light cycles, light-up recognizer, light-up Flynn’s arcade sign, light-up identity disc speaker grills, shaker motor, identity disc shooter rod, pinbits pop cap kit, bank target decal, mirror blades, undercab lighting, full non-ghosting LEDs, and probably a couple other odds and ends that I’ve forgotten. Of all the games I own, this is probably the one I receive the most compliments about. Just like CLU, this one’s never escaping. 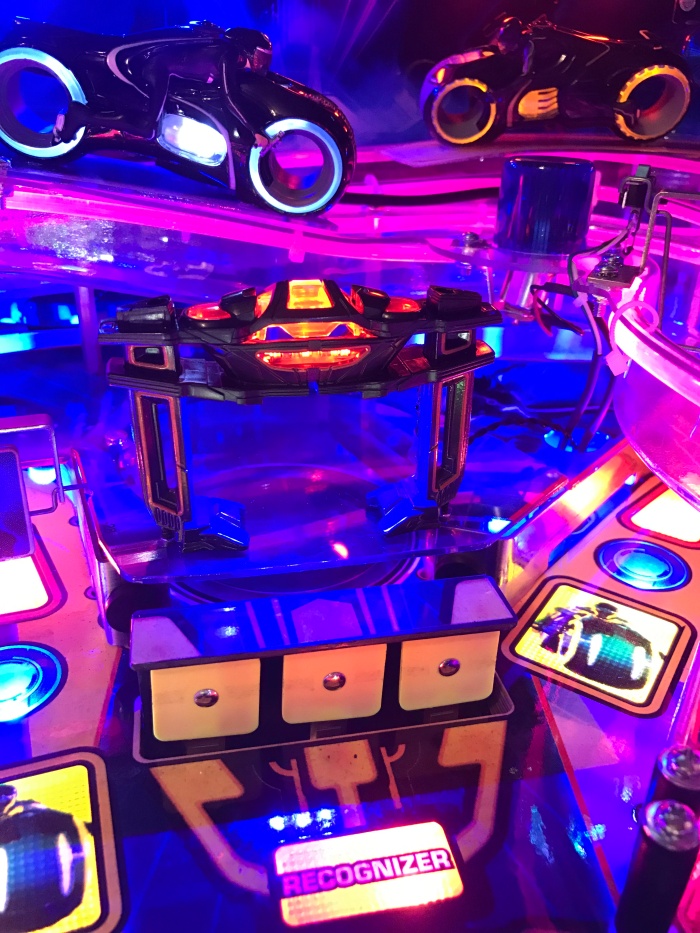 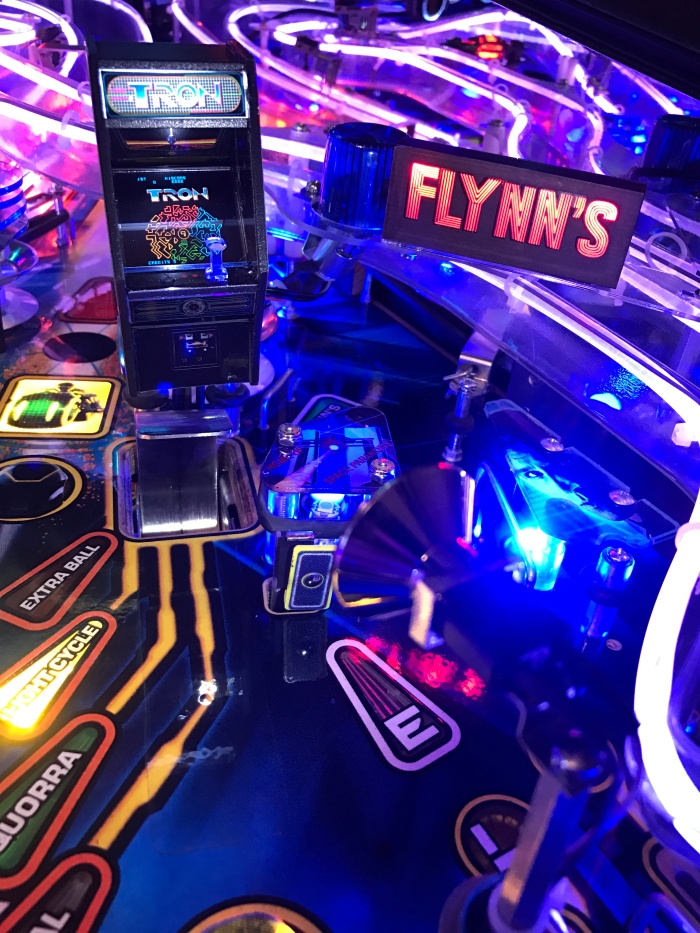 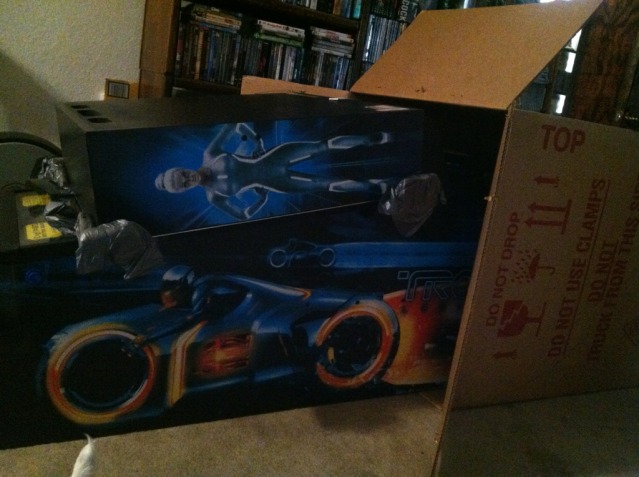